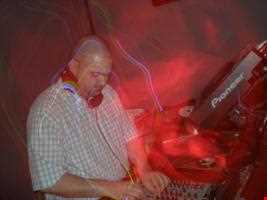 Deep House
384 1 0 1 Sunday, June 28, 2009
Sacramento, CA - United States
First introduced to electronic dance music and specifically house music in 1996, Kevin James began throwing parties with a partner under the production name Children of The Sun or C.O.T.S. for short in the spring of 1998. He had fallen in love with this fresh new sound and immersed himself in it. Inspired by DJs like Doc Martin, Mark Farina and San Francisco house legend Tony of The Gathering, Kevin finally began his own journey behind the decks in September of 2000. Kevins Children of The Sun productions partner taught him the basics and he was addicted from the very beginning just as he had been with the guitar years earlier. Kevin began buying and collecting records immediately, and spent every spare minute he had practicing his new craft. Within the next year Kevin began playing out at his own parties, and playing as many guest spots as possible for friends and other promoters. He has spent the last several years honing his mixing and programming skills, and has a great ability to read a crowd and get people on the dance floor. Kevin is currently focusing his energy on getting more exposure to the public outside his local area of the San Francisco bay area. He can now be heard spinning live every Saturday afternoon from 3-5pm PST on Faderwave Radio and is also looking forward to starting production on his own music in the near future. Doc Martin, Mark Farina, Halo, Julius Papp, Miguel Migs, Tony, Jeno, Garth, Josh, Simon, Terry Francis, Evil Eddie Richards,Derrick Carter and the list goes on and and on lol

Kevin James is Following - 0 See all

Kevin James isn't following anyone at the moment.

No one has left Kevin James any comments yet, why don't you be the first?