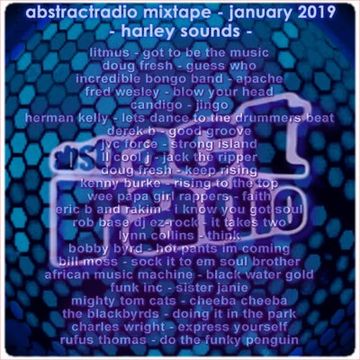 
Once upon a time, in a London far away, long before house music made the whole world jump up and down like lunatics, underground djs played a rarified mix of funk & soul, hip hop & rap called "rare groove".
Strictly for the cogniscenti, supported by a select few clubs & sound-systems such as the Wag and Shake n' Fingerpop, it existed far from the mainstream.
Only a privileged few - a small network of those in-the-know - had access to the djs & rare vinyl that defined the sound.
This was music heard nowhere else.
Good mixtapes were much-cherished & deeply inspirational - copied from friends & fellow music lovers, stretched & worn out through constant listening; some reached almost legendary status, many are now lost to the ravages of time.
One such C90 was "Harley Sounds", made by Dominic Weaver [thanks Paul!] in a flat on Harley Street in 1988/9.
We played it to death, to the extent that our copy is now unlistenable.
So, as a tribute to those halycon days, we've attempted to faithfully recreate it, trying to adhere as close as can be to our battered original.
We hope you enjoy.
Subscribe: http://bit.ly/2oVgAG3
https://abstractradio.blogspot.com/2019/01/abstractradio-mixtape-harley-sounds.html
www.house-mixes.com/profile/abstractradio
www.twitter.com/_AbstractRadio
www.mixcloud.com/abstractradio/
www.facebook.com/AbstractRadio-348332858659139/