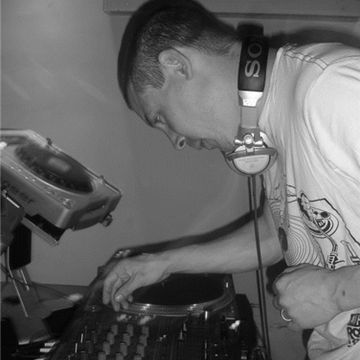 Being part of a very large & musically diverse Family, I was lucky enough to be exposed to and enthused by many era’s of great Music from as early as the 1950’s and across a wide range of different styles, from Motown, Rockabilly, Jazz & Soul through to Punk, Ska, Heavy Metal, Rock and especially Hip Hop & Dance Music.

Being born in 1978 I was fortunate to see the start of what we now call Dance Music, from the 80’s era onwards, such as House, Speed Garage, early Rave, Happy Hardcore, Drum n Bass, Jungle and Techno.

It was in this beginning phase of Dance Music that I became even more engrossed in the Scene, especially with House Music, Rave, Techno & Speed Garage. From that early exposure i started clubbing in places such as Cream, Uropa, Ark, Ministry of Sound, Sankey’s, Pleasure Rooms and the Legendary Gallery in Leeds. Here i soon became aware of Djing, although I remained a clubber for many more Years before I ever considered trying it out myself.

Eventually, after seeing some of the greatest DJs & Musician’s in the World perform, such as Tony De Vit, Prodigy, DJ Sy, Rob Tissera, Carl Cox, Steve Luigi, Altern-8, Jeremy Healey, Sasha & Digweed and many more besides, I finally decided to try my hand at Djing and bought my first set of Turntables, some belt-driven Soundlab DLP 1600’s and a cheap Synergy T1000 Mixer then started to play around with music and began building my own Vinyl & CD collection

It wasn’t until I invested in a pair of Technics SL1210 mk2’s back in 2008 that I truly began to learn the Art of Djing and also began frequenting Hard House Events at some of the best Night’s in the early to mid 2000’s, Housewives Choice, Sundissential, Glasshouse, GoodGreef & Savaged to name a few of my all-time favourites.

Later in 2008, I started up my own Night “Back2Bounce” helped by some of my good friends and great DJs, Martin C, Tony H, Mad Will, Mosswah, Joe Longbottom and James Clark, catering for like-minded clubbers & DJs alike with the Music Policy being one of Uplifting & Bouncy Hard House. During that period I was lucky enough to be asked to play at several Savaged Events, including one Xmas Special alongside one of my favourite DJ/Producer’s, the mighty Ilogik and was also hired for a few private parties here and there.

Along with all this, I began venturing into Online Djing thanks to a good friend of mine Matthew Ridings, who I helped set up WkdBeats Online Radio with, playing a wide range of Hard House & Organ Bassline on my shows and soon after that, I began playing around with Music Production using Fruity Loops and Ableton, where I made quite a few tracks ranging from Bounce & Mash Up’s to Dirty Dutch House & Fidget, with several signed to Labels and sold Worldwide via different online music stores.

Unfortunately soon after all this I had to put my Musical ambitions on hold, feeling that i’d never truly gotten off the ground properly, due to severe difficult times & personal Family circumstances and more importantly a need to focus on my own Family more which mainly involved my becoming a Full-time Carer for my Wife Siubhan and putting my full attention on raising my two young Girls, leaving me with no time to spare for my love of Music.

I spent the next ten or so Years this way, whilst holding onto my dream of returning to my love for Djing, Producing and Dance Music, even trying to entice myself back in by setting up a DJ Page on Facebook and making new Music & Mixes when I had the time spare, although it wasn’t until 2019 that things ultimately took a turn for the better and my patience was finally rewarded and my passion renewed. I have since began focusing once again on my Djing and Producing, revitalizing my Facebook DJ Group and turning my attention to giving it my all, to see how far I can take it and more importantly get back to enjoying life and Music a lot more.

Currently I have a Monthly Schedule for my Music, that I plan to maintain and use to showcase myself with, by releasing regular Monthly Mixes through my love of Speed Garage, Organ Bassline, Jackin’ House, Dirty Dutch House, Melbourne Bounce, Bounce, Hard House & Hard Bounce and am also, for the first time, working with other producer’s to make fresh new music, with my first being my upcoming original Hard Bounce release “Hit Em Wi The Rolla” in collaboration with Joe Longbottom, closely followed later this May by getting back into the studio to finish off a special Remix of BassJumper & Jon BW - I Believe [Jump Trax]