After Fluff - Vinyl Mix
by  Dj Syle
3 months ago
0

Sinextesy
by  Dj Syle
10 months ago
0

Exemption
by  Dj Syle
2 years ago
1

LifeMatters
by  Dj Syle
2 years ago
1

Copacabana
by  Dj Syle
2 years ago
0

Threedives
by  Dj Syle
2 years ago
0 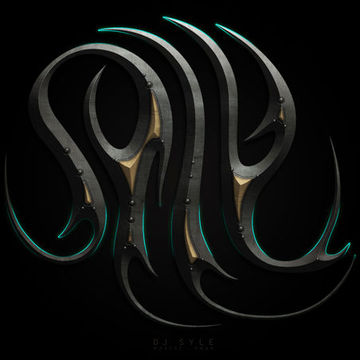 XONE 62 mixer + Maschine Controller 2 x technics MKII 1 x MacBook Pro 1 x Audio 8 DJ Traktor Scratch Pro + Maschine Thousands of Old school vinils ... Dj Syle is fond of Deep & Funky House, excels in Tech House and Progressive and if you don't stop him will even turn your night on full-on Psy-Trance. A complete artist, great from warm up to mad for after parties. Here is his background... I went through the eighties playing in various bands and tasting all kind of music such as punk, rock, hard-core, funk or reggae. After a last tour in France and the recording of a rock/reggae/ragga influenced album with "Les Ejectes" I moved to England hoping for new sensations in 1993. In British club land I discovered house & techno in new emerging parties like Renaissance, Bounce (DIY), Deluxe, Universe and many more... Back to France in 95 I got a pair of SL1210 and started Djing. In order to make french ravers appreciate my typical British sound, my sets quickly evolved as a journey through house, progressive and trance which also has become my brand and originality. My early progressive sets were obviously influenced by the precursors of the kind: Sasha, Digweed, Dave Seaman & Ian Ossia. Always searching for new influences I took off again in 96 and traveled trough Latin America for 6 years. I came back in 2002 and stayed in Paris for 2 years where I had a residency at Lust parties (mapage.noos.fr/blust) and Quattrocento (www.morphismes.com). I moved to Muscat (Oman) in 2005 were I met amazing people craving for new sounds and that's how the Cocomint club started! (https://www.facebook.com/pages/Cocomint/99403125347) I now travels regularly, always ready to drop some tunes and propagate their vibrations. Punk/Rock/Jazz/Funk/Electro/House/techno/Tribal/Progressive and Full-on Trance
SO My artists are
Sex Pistols/Pantera/Miles Davis/Herbie Hankok/George Clinton/Daft Punk/Robert Owens/Robotman/Laurent Garnier/danny tenaglia/Sasha&Digweed/Neelix and Total Eclipse