Incompetency
by  GHOST-DOG
9 months ago
0

Fraudulency
by  GHOST-DOG
9 months ago
1

Belligerency
by  GHOST-DOG
10 months ago
0

Slippery
by  GHOST-DOG
10 months ago
0

Mendacity
by  GHOST-DOG
11 months ago
0

Supremacy
by  GHOST-DOG
one year ago
0

Hypocrisy
by  GHOST-DOG
one year ago
0

Inadequacy
by  GHOST-DOG
one year ago
0

Autocracy
by  GHOST-DOG
one year ago
0

Sociopathy
by  GHOST-DOG
one year ago
0

Crony
by  GHOST-DOG
one year ago
0 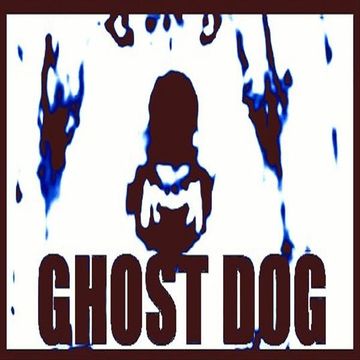 https://www.facebook.com/Ghost-Dog-106354272020/ https://hearthis.at/casmoviesandmusic/ http://www.reverbnation.com/ghostdogakadjcas http://www.soundcloud.com/ghost-dog http://www.youtube.com/casmoviesandmusic https://www.mixcloud.com/casmoviesandmusic/ https://www.play.fm/ghost-dog-uk Ghost Dog was born and raised in Sunderland, north east England. He made his first tentative forays into the music world in the punk era of the late 70s. After singing with a few anarcho punk bands, during which he gigged around the UK and appeared on vinyl a few times in the early-mid 80s with Hex, he acquired a cheap synth/keyboard just in time for the acid-house Summer of Love, and began making underground electronic music. His tunes were inspired by the techno end of the early house scene (Model 500 etc.), the trippy psychedelia he’d grown to love (Gong, Hillage, Hawkwind, Hendrix, Zappa, Led Zep etc.) and the harder edge of his old political punk favourites (Crass, Conflict, Subhumans, Flux of Pink Indians etc.), and he went on to DJ at a few parties in the early 90s when he was heavily into the rave/old-skool-hardcore scene (before it lost the dark breaks vibe and became all ‘happy’), but was unable to pursue mixing/production very far back then due to ‘adverse’ circumstances. In the mid 90s he took a change of direction and got into writing. He moved to Crewe for 2 years of a Humanities degree at a faculty of Manchester Met Uni, majoring in Creative Writing, with an elective in Film Studies (which influenced his next change of direction), where he enjoyed a spell of performing poetry (as he had done in Hex as well as singing) before he was kicked out for partying too much. In the late 90s, after a couple of lean years back in Sunderland, he moved to Leeds where he graduated from the Northern Film School and was involved in the making of numerous films, including his own feature-lengthed documentary “No Blood for Oil”, which documented the protests leading up to, and during the 2nd Gulf War with Iraq: Crass donated 2 tracks free of charge to a film that he lovingly crafted the soundtrack for with electronic music from his old Sunderland friend in Leeds, Steve Brown. It headlined the Leeds International Film Festival underground film event in 2001(?). In the mid-late ‘noughties’, he returned to the music scene to make live gig videos for local acts/venues/promoters to use on-line. Then he began making underground electronic music again, using his cinematic skills to make his own no-budget ‘promo’ vids. Close friends with local punk/ska/dub/hip-hop/d&b outfit China Shop Bull (then Fulibulbus), he went on tour with them to make a feature-lengthed tour documentary, and followed it up with several others. In 2010, he signed up with Putz Records of Rio de Janeiro for the electronic release of his “Quantum Quandary” minimal techno EP, and signed a contract for a feature film script he can’t say anything more about until it goes into production. As well as producing, DJing, filmmaking, and writing, he promotes gigs for local music-related community causes (Unity Day, RPCC, Oblong, Cloth Cat), and helps run the weekly Fenton Boogie open-mic/jam at The Fenton, Leeds. His recent musical output encapsulates numerous genres/sub-genres: hard, minimal and acid techno, tech-house, old/nu skool and ambient breaks, d&b/jungle, dubstep, dark and dirty electro, etc. The 2 tracks from the EP can be bought via Juno downloads, whilst up to now, and a couple are on compilation Lps, the rest of his 160+ tracks and mixes are all available on-line as free downloads.