Mixhouse Vs. Nightcrawlers & Guests. Push The Mixing On by Jonas Mix Larsen. 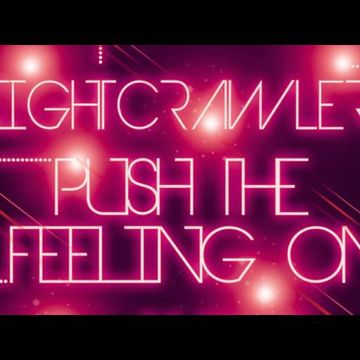 Commercial House Nu Disco House Tech House Electro House
Reid (born 6 September 1963).In 1992, John Reid formed the act following his local success as a DJ and vocalist. He quickly released the debut single "Living Inside A Dream", which failed to reach any commercial success. Reid then decided to release a second single, "Push the Feeling On", which fared much better, becoming an overnight success, peaking at No. 7 on the US Hot Dance Club Play chart, and briefly crossing over to pop radio, peaking at No. 80 on the Billboard Hot 100, spending fifteen weeks on the chart. "Push The Feeling On" was then remixed by Marc Kinchen, an American record producer, who essentially reinvented the track. He stripped down the song to edited vocal samples, creating an unusual sounding track. His version, entitled 'The Dub of Doom Mix', first became known in 1993, and as such, it became heavily played on the underground scene for two years in the UK, eventually reaching No. 22 on the UK Singles Chart in October 1994 when it was commercially released. In 1995, MK created new mixes for the track, and the single was once again re-released, peaking at No. 3 on the UK Singles Chart, becoming Reid's biggest hit in his homeland. Reid then released four further consecutive singles, all featuring remixes by MK. "Surrender Your Love" peaked at No. 7, "Don't Let The Feeling Go" peaked at No. 13, "Let's Push It" peaked at No. 23 and "Should I Ever (Fall in Love)" peaked at No. 34.In September 1995, Reid released an album containing all six singles he had previously released, using the single "Let's Push It" as the album's title. MK once again worked closely with Reid, repeatedly remixing tracks to his trademark sound. In 1996, Reid released a remixed version of the album, entitled The 12" Mixes: An Album of the Very Best Club Remixes. In the same year, Reid released the single "Keep Pushing Our Love" featuring soul singer Alysha Warren, which peaked at #30, intended to be the lead single from a second studio album. However, due to poor sales of the single, a second album never materialised.On This Megamix by Mixhouse Nightcrawlers are in good company with several Megastars.