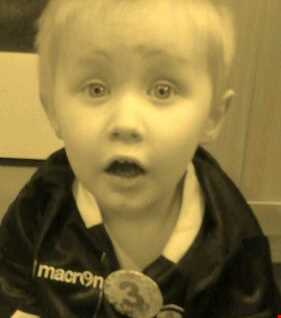 Soulful House
697 11 1 4 Monday, December 20, 2010
Yorkshire - United Kingdom
Pair of Technics 1210's mk2's i've had since '93, and a 2 channel Numark M3 mixer i got in '09, cos my 'Realistic' mixer was completely shafted when i dug it up after about 9 years! Nothing flash in my pan! Plus one Pioneer CDJ500S, and a DENON 3500,(cd decks). Also a Pioneer cd recorder, which has made life much easier, after recording onto old school cassette tapes, until pretty recently! I've also used Pioneer 1000 mk3's, 800's, and the Pioneer 2000 cdjs, whilst playing out in Djsville! Currently mixing and experimenting with Traktor pro 2 and a Numark controller.
Classic vinyl, mostly 1988-95ish, and from '99 to 2001, when i got back into it after a break. Mainly vocal style u.s. garage & euro house, funky, soulful, chugging & dubby stuff, deep vibes, progressive, odd bit of early techno, aswell as recent, classic and brand new soulful, funky, deep , progressive or uplifting vibes on burned cds, usb sticks or stored on the hardrive n laptop .
It all started way back in 1990 for me. House/ Dance/ Rave music, was a new scene back then. The music, the people and the atmosphere, was like nothing i'd ever experienced.
The Warehouse, Back 2 Basics, The Gallery and Hi Flyers in Leeds, After Dark in Morley, The Ku Klub in Huddersfield, Hacienda/ Manchester, Rennaissance/ Nottingham, The Zone/ Blackpool, Monroes/ Blackburn, Love 2 Be in Sheffield, Hard Times/ Mirfield and Huddersfield, were all personal faves from 1990 to '95.
After teaching myself 2 beat mix on a pair of odd, belt driven beasts, that id got in 91, i finally got a pair of Technics 1210's in 1993, and never looked back.
My aim as a dj is simply 2 try and give people a good time, and mix the best i can, with a nice selection of tunes, in an order that flows well. Be it just listening @ home, whilst driving 2 work and back, or letting yourself go on the dancefloor, on that 1 night u get now and again, to leave lifes troubles behind, that's what it's all about!
It should never be about the dj and his/her ego. That's the 1 thing i hate about the scene, especially today. Bedroom or Worlwide 'name' Dj, it really shouldnt matter. Fame, fortune and glory isn't what house music is about in my opinion. Its about unity, having a good time and playing and enjoying good music. And if i can play a part in that, i'm happy!
I try to have a beginning, middle and ending to my mixes, and they often follow a similar pattern. A nice opener, then usually i build to more peaktime tunes, then round up on one or two classics or ideal 'end of the night' tunes. A kind of 'mini night out' if u like. Well, that's my aim at least!
Dance music influences would be: All the early Dj's i used 2 get lost on the dancefloor to, starting back in 1990, (Not sure who they were, it just didn't seem 2 matter back then!)
When Djs became 'big names!' that i took notice of, (1992ish): Graeme Park, Sasha, Todd Terry, Dave 'Joey Negro' Lee, Tom Wainwright, Tony Walker, David Morales, Marshall Jefferson, Frankie Knuckles, Tony Humphries, Ali Whitehead, Masters at Work and plenty others i cant think of, all made me sit up and take notice. But i never got into the 'Dj worship' thing too much. Once i learned how 2 mix, and witnessed the mistakes i heard being played out, that the legends of the mixing game made, i realised they were just humans like me and everyone else! There is definately a skill involved in the choice of tunes and flow of a set that will keep the crowd buzzin', but i mean, 9 outta 10 dj's are basically just playin' other peoples records! And even if they play their own creations, there is nothing uglier, than some dj, on an ego trip!
Influences on me outside of the dance music scene, cover everything from Rock n Roll to Disco, the Punk movement in the late 70's, 80's electronic stuff, the 'Madchester scene', and everything in between! I'd name drop Joy Division, The Sex Pistols, The Smiths, The Happy Mondays, New Order(early stuff), Orbital, Underworld, Leftfield, early Prodigy, all had an effect on me with their albums & pioneering sounds.
I have mellowed with age, you can probably tell by my mixes!

Richie Rhodes is Following - 11 See all

nice one for dropping by richie...;0)....hopfully more mixes to come from you

Reply
Comment reported as spam Thank you for your help!

Hi!! A lot of time without hear new mixes from you!!!

haha..thanks for your comment mate..you&#39;re alive then? Is the workplace shut up for the week and you&#39;ve gotta bit of spare time on your hands or what? So what&#39;s the latest then mate?

thanks for the comment on the dec mix mate! hope things are going well for ya. hope to catch up throughout 2012 :)

hey mate, you prob wont read this for a few months! but just popping in to say have a great xmas and new year.. all the best and thanks for the support in 2011!

Hi Richie, Merry Christmas and a healthy and cheerful 2012!!! All the best mate and hope to see you next year again!!

nice to see you back mate. life is hectic for you it seems but hope thats in a good way! all the best mate :)

hey mate a little birdie tells me you had another nipper! congratulations mate and hope you are well :)

Richie started it John..I was actually quite impressed with his German skills :)

@Steve Davis, looks like you lost your brummie accent in your 2 posts down there mate what&#39;s going on!!