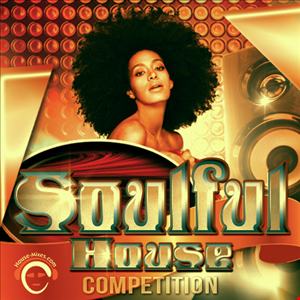 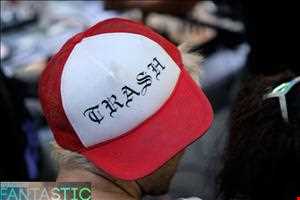 Boots Boogie Ryan Hilton Gets Down

80s Funk Soul Disco Nu-Disco Slo Mo Disco 80s Soul Funk Boogie Ocean House
585 9 0 0 41m Saturday, September 8, 2012
TORONTO - Canada
Boots
Boogie, aka Derek Brian Williamson is a DJ from the metropolitan city
of Toronto, Canada. From a very young age, Boots has always been
fascinated by music and its powerful ability to move people both
physically and emotionally - - and he knew from the very beginning
that music pumped through his blood.
Boots
Boogie has always had many strong musical influences, including his
family, an influential force which had an undeniable impact in
forming his early interest in music. Boots&amp;rsquo; musical
interests are strongly rooted in dance music from the late 1980 and
1990 - - especially house - - which he cites as being the major
reason he became interested in becoming a DJ. Prominent radio and
club DJs such as Deadly Headly quickly became role models for the
aspiring DJ and by his late teens, Boots began to get his hands on
turntables and his fascination soon became an undeniable hobby that
bordered on addiction.
By
the age of twenty, Boots Boogie was inside the clubs of
Canada&amp;rsquo;s largest city, rocking dancefloors at some of
the cities most famous establishments and events - - including the
MOD Club, Wrongbar, Circa (2007), Guverment, The Barn and even the
Toronto infamous Pride events - - from dusk till dawn, and beyond.
Boots has even been seen spinning in clubs along Canada s East Coast
and parts of Western New York, travelling hundreds of kilometers to
move bodies in distant regions and neighbouring countries, a feat
that very few non-producing DJs - - who are usually destined to a
lifetime of local gigs - - can ever say they have accomplished.
More
recently, Boots Boogie has become an identifiable figure in
Toronto&amp;rsquo;s EDM scene due to his impact not only as a
selector, but also as an event coordinator. Boots was responsible for
the notoriously outrageous Hotmess parties he threw over an
approximately two year long period with his then partner Chris James.
During those few years, Boots simply went by his real name, Derek
Brian Williamson, and was better known as one half of the ;Hotmess
DJs, a duo that catered to the then super popular electo and
electro-house scenes. At that time, most of the gigs Boots played
were not solo acts, but rather were played under the Hotmess banner,
as the DJ duo was his major focus and essentially his identity before
he decided to pursue a solo career as the re-branded Boots
Boogie 2011.
Now,
as the former Derek B W of Hotmess focuses on his solo project as
Boots Boogie, Derek has refocused his energy on the love of his life;
house music. Boots has put his mind to playing and organizing events
which cater to his well established roots in four-four, but he likes
to switch things up in order to keep his ears tuned and abilities
sharp. While house music - - Deep, Tech, Disco, Jackin and so much
more - - is his musical focus, he still manages to spin the odd
non-house event, giving him a chance to play a variety of genres he
is fond of, including old school hip-hop, funk, disco and music from
the personally influential 80s and 90s.
Boots
Boogie will continue to establish himself as a pillar in
Toronto’s house music scene over the coming years, and the DJ
admits that there is clearly no end in sight. With exciting current
projects in the works such as an exclusive mix for KISS FM Australia,
his monthly event at the Crawford called “I Know You Care” and
his recent active involvement in forming TRIP THE LIGHT FANTASTIC, it
is obvious that Boots Boogie has his work cut out for him. With all
these exciting projects on the go, and the ultimate goal of spreading
to others the powerful and positive effect that house music has had
on his life, it would be foolish to think that Boots Boogie will be
anything but an active member of the EDM scene well into the
foreseeable future.
Now, let’s make
those boots boogie!

BootsBoogie is Following - 13 See all

can U help me BootsBoogie

hi...respect for taking time out to listen my new summer mix i really appreciate it!!i hope you like it.. thanx..(isha)