Dream
by  distanceproject
2 months ago
0

Back feat. Betti Stewart
by  distanceproject
4 months ago
0

Sky
by  distanceproject
3 years ago
0

Feel good
by  distanceproject
4 years ago
0

Trip
by  distanceproject
5 years ago
0 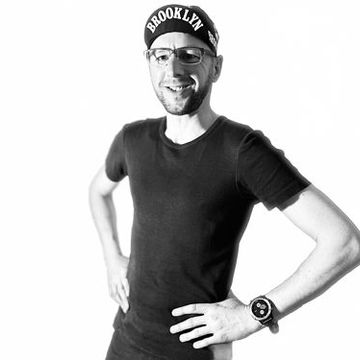 
DISTANCE PROJECT was founded as a solo project by the Viennese Hannes Zellhofer.

The style of his work can be assigned to the genre "Electronic". Zellhofer sees himself as a live musician.

The first EP "A-B-C (Marathon)" was recorded and released in 2015. This was an excerpt from an almost one hour long instrumental piece which was presented live in the same year in Vienna Metalab.

In 2016, Zellhofer concentrated on recording his music himself and busied himself intensively with various recording techniques. In the course of this a small studio was set up in his apartment and "Tour de France" was published.

The 60-minute instrumental piece "Dance & Trance" followed in 2017. This was presented live at an Old School Party in Vienna's Weberknecht.

2019 the Singles "Endorphine" and "Delirium", has been released.

In spring 2020 the videos "Shutdown Vienna", "Catch a Falling Star" & "Social Distancing"  were released. The single "Social Distancing", which was released in autumn, results in a trilogy with the track of the same name that is dedicated to the "Covid 19 pandemic".

In April 2022 the Single "Be There" has been released.

On September 9th 2022, the Album "The Long Way Home" has been released.

Apart from composing and mixing his own music Hannes also creates DJ-sets which are published on house-mixes.com.