Best of Retro House Vol. 1
by  DJ-Pascal-Belgium
7 years ago
5 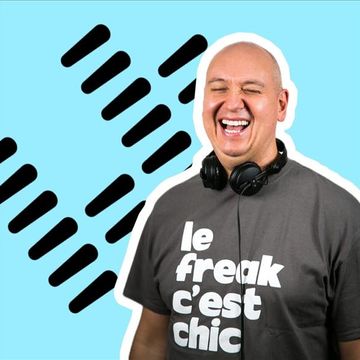 Born in august 1969, DJ Pascal has always had a true passion for music. Since a young age - let’s say as soon as he was able to hold a 7” record in his hand - he was the one at home who had to put the records on the turntable and play them. So his mum says… In the beginning there was… The radio The story starts in the Summer of 1982 when he gets the opportunity to visit the studio of a local radio station. Mesmerized by this universe, he starts to host shows on different local radios. His adventure in the world of radio stations will go on for almost 10 years. Even though it has not much to do with mixing, it really carved him out a solid musical background and knowledge. First spin... At about 15, he discovers a new sensation when friends ask him to deejay at their birthday parties. Well let’s be honest, at this point, it is closer to “play records” than mixing, really… In 1987, he contacts one of the biggest events company in Braine-l’Alleud, the city where he lives. At this time, they need deejays for all kind of events, parties, weddings, etc. So they offer him the opportunity to start working for them from time to time. And so it all begins… In da club... In the late 80’s, he gets his first experience mixing in a club, La Belle Alliance, as a replacement dj. Kind of different than mixing for private parties, just as fun but way more exciting! 1990-1992: He works for the first time as resident DJ in a club called J.C. Club in Brussels. 1994-1997: He starts to work in the club Arc-En-Ciel, near Waterloo. 1998-2001: Paradox, a gay club in Ghent. 2001-2003: L’Espace 80 (The 80’s room of the Palladium in Baisy-Thy). 2003-2004: L’EXM in Walhain. 2006 up to this day: Le Rétro in Plancenoit, near Waterloo. Along those years, he never stopped improving his skills to mix flawlessly the pure disco from the late 70’s, as well as the music from the 80’s (his teenager years!) Nevertheless, Dance, House, Deep House, Trance, Progressive or even Retro House are some of his favorite styles. Beside the exclusive edits that he realizes for his performances, DJ Pascal also started since 2013 to remix some 80’s classics and even started to compose original tracks. More than ever, music is his force, his passion, his life. To be continued…