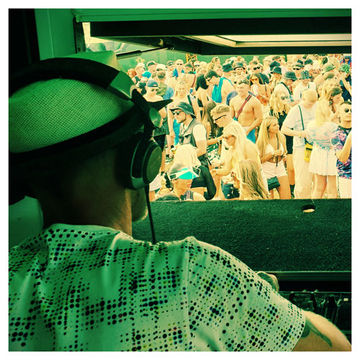 Craig AKA Wilson Frisk hails from Bradford, Yorkshire in the north of England. Like many other Dj's Wilson started his musical journey collecting music as a young teenager doing compilations for his friends. In 1994 Wilson started a music fanzine called 'Jackyard Backoff' with his late friend Chris Stephenson which covered the music scene in the north of England. Around 1995 Wilson became involved with a very successful club night called 'Spice' which was his first stint at Dj'ing playing Broken Beat, Acid Jazz, Hip Hop, Soul and jazz. Although Wilson had listened and collected plenty of House music, he didnt become a full on House Dj til around 1998. Since then Wilson has firmly established himself in the House music scene holding down residencies in Bradford, Leeds and Huddersfield and been involved with infamous club nights such as Back2Funky, Uno House, Our House, Afro Coalition, Way2Funky, Wallop, GYGO and The House Of Phunk. Currently Wilson is one of the Boombox Stereo residents who play at the mighty BeatHearder Festival and part of the 4Playdjs Collective who play at the Solfest Festival in Cumbria. Recently Wilson has also turned his hand to production and is one half Of The Krate Diggaz along with Rich T who are signed to Disco Filter Records and Black Rain Records, with current releases on Traxsource.com .. Wilson is known for his smooth mixing style, taking you on a musical journey dipping in and out of all genres of House music but keeping it in his Soulful, Funky style that he renowned for!
You can now catch Wilson on PCR (Peoples city radio) peoplescityradio.co.uk/ every other Wednsday night 6 til 8pm UK with his show 'HouseBound' which has been firmly running for 4 years now, playing all things House, with regular guests.....Keep The Faith!