Mixhouse Vs. Mylo. No Pressure Megamix by Jonas Mix Larsen. 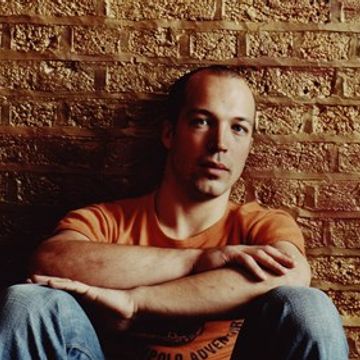 Mylo released his debut album, Destroy Rock & Roll in 2004, on the Breastfed Recordings label, which he co-owns. He produced the album on a computer in his own bedroom. He has provided remixes for Scissor Sisters ("Mary"), Amy Winehouse ("Fuck Me Pumps"), The Knife ("You Take My Breath Away") and The Killers ("Somebody Told Me"). One of his works was a 2004 remix of Kylie Minogue's No. 2 UK hit, "I Believe in You", which appeared on the single that peaked at No. 3 on the US Hot Dance Club Play chart. His biggest chart success to date came in the autumn of 2005. This was when the single "Doctor Pressure", a mash-up of his own song "Drop The Pressure" and Miami Sound Machine's "Dr. Beat", peaked at No. 3 on the UK Singles Chart. The single performed well in the US, especially on the Hot Dance Airplay and Hot Dance Club Play charts, where it jointly made the Top 10. "Muscle Car", the follow-up single to "Doctor Pressure", was a hit in the UK and European dance charts, reaching No. 1 on the UK Club Chart in November 2005, and No. 38 in the UK Singles Chart.

In 2005, Mylo released a DJ mix titled Mylo's Rough Guide to Rave, and was released as a covermount CD in Mixmag. He contributed a song, "Mars Needs Women", to the War Child compilation album, Help!: A Day in the Life, released in September 2005, and was also featured on the Canadian compilation album, MuchDance, released in November 2006. In 2006, the track "Otto's Journey" was used in a television commercial for Kraft Zesty Italian Dressing, which featured Olympic figure skater Michelle Kwan at home improvising a salad out of green beans, blackberries, and potatoes. BBC Radio 1 played a world exclusive of a track by Mylo on 23 January 2009. The title of the track is unconfirmed, however Radio 1 referred to it as 'I'm Back', because, as Annie Mac stated, "he (Mylo) sent it to us with the file titled I'm Back".[5] The same month, he released another DJ mix album cover mount in an issue of Mixmag, this time it was called The Return of Mylo, which contained his new song "Wings of Fire". Mylo's success has been a catalyst for a burgeoning dance music scene in the Isle of Skye. He headlined the Isle of Wedge Festival in 2010, held in Broadford. Acts such as Niall Munro and Niteworks cite him as an influence. His brother Hector is songwriter and guitarist for the band Injuns.

Edit from Wikipedia, the free encyclopedia