Share Add to playlist Like Download
Tracklist
A celebratory mix, as another visa granted for a further 2 months in Thailand, so a compilation of many tempos but strung together nicely.
Lorraine Silver
Lorraine is a London-born singer, known for her record Lost Summer Love (1965), which came to be regarded as a classic of Northern Soul.
Cody Black
Northern soul perennial Cody Black was born in Cincinnati in 1939 -- according to the profile at www.soulfuldetroit.com, he grew up just blocks from the headquarters of King Records, and by his teens was a steady presence in the label's offices.
Homer Banks
Was a singer, songwriter and producer, born 2 August 1941 in Memphis, Tennessee, died 3 April 2003 in Memphis, Tennessee.
Recorded a few singles in the early 1960s before joining the Stax record label as a songwriter, working with artists like Sam & Dave and The Staple Singers. In 1968 he teamed up with Bettye Crutcher and Raymond Jackson to form the We Three songwriting team, best known for their 1968 hit Who's Making Love, recorded by Johnnie Taylor. He has a twin brother, songwriter James Banks.
Northern Soul Motown
Report 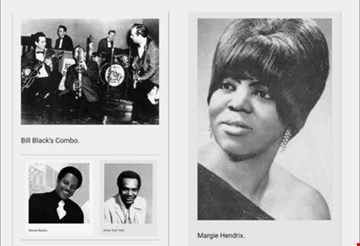