MATT PROMO - WELCOME TO MY WORLD 2 - Fancy seeing you again (Progressive and tribal house 18.03.02)
by  MattPromo
one year ago
0

MATT PROMO - Here's One I Prepared Earlier (Minimal and Progressive House 02.09.2008)
by  MattPromo
one year ago
0 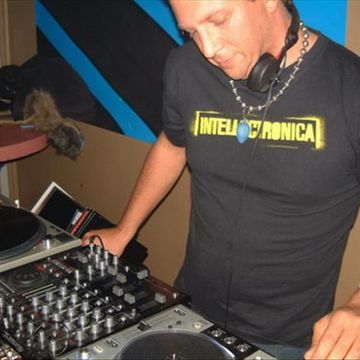 "END-OF-SCHOOL parties are usually noted for the destruction of friendships and common room furniture rather than the creation of world-class DJs. But 1986 bucked that trend and a new Deity of the Decks was born. When some friends needed help staging a school leaving party for 2000 people, Matt Solo - who would later become DJ MATT PROMO - threw together a Party Survival Kit and grabbed the helm. One rebel-rousing party later, his destiny was determined. Less than three years down the line, he was managing a group of British DJs and forging connections with clubs that still stand strong today. By the early '90s, he was running a London record store, staging his own events and helping others promote theirs. In 1996, Matt quit the record store and started selling promos direct to the same DJs he'd served over the counter. At the same time he launched the infamous Aural Sex parties - and with them, his own DJ career. In his first year behind the decks, Promo played at some of the most famous clubs in London, including; Ministry of Sound, The End, Heaven, Turnmills and Hanover Grand. So respected were his skills at the decks and diverse knowledge of music, he was called in to sound check Liverpool's super-club Cream and even London's Fabric before opening night, making him the first person to DJ on the club's legendary system. It was time to turn his attention overseas and he was soon playing in Europe, America and Canada. Back on British terra firma, he launched the hugely successful Good Life parties - and broke bar and attendance records. In 2002 he established the 3D collective with Pedro G of Portugal and Spain's Enrique Soto. The trio played in various venues in London and around Europe as well as a monthly slot on Ministry of Sound's radio station as guests on the Secret Sessions (with an online audience of more than seven million!). By Summer 2003, he had completed seven new mixes and tweaked his first album to near completion. That December, he moved to Melbourne, Australia, where he rapidly established his reputation on the club circuit as a DJ and a venue manager. From Summer 2005 he started training in earnest to attempt breaking the Guinness World Record for the longest DJ (club) session marathon, which stood at 84 hours. At midnight on June 15th 2006 his training had paid off as he concluded his effort reaching a staggering 87 hours continuous DJing. The event took place in a purpose built venue in the heart of Melbourne's Federation Square. This wasn't the only record PROMO broke for marathon sessions. On a slightly more modest note; he played the longest live set on Kiss FM - also in Melbourne, Australia - clocking up over 7 1/2 hours continuous live play on the station. Kiss was a regular haunt for him whilst in Melbourne playing the breakfast show weekly; as well as guest spots on the club lunch and evening shows. 2006 brought new partnerships including; MINDLESS ENTERTAINMENT who now represent him for Australia; and NOISE TV who offered PROMO the chance to write and host the dance segments of their show. Returning to London in 2007, PROMO inevitably found himself behind the decks in no time holding a Sunday residency at CANT STOP WONT STOP at Herbal in Shoreditch (which sadly closed its doors for the last time recently), as well as numerous other appearances. His current projects include SPANGLED LOVE MONKEY at Canal125 in Kings Cross, plus a long overdue return to the studio for production and remixing. To date, MATT PROMO has played in; Australia, Belgium, Canada, England, France, Greece, Holland, Ireland, Italy, Japan, Lithuania, Portugal, South Africa, Spain and the USA. His style encompasses a broad spectrum of house, including sublime jazzy sounds of Europe and the US, minimal, tech, progressive and tribal. Here is a brief summary of the last three decades: 24 years experience DJing 3 1/2 years running a London record store 1 year running direct to DJ promo service Staged / Promoted / DJ'd events all over the world Broke the Guinness World Record for the Longest DJ (Club) Session Marathon Directed and hosted his own segment of an Australian TV show 100s of hours live DJing on radio Managed DJs Co-managed DJ agency Managed and promoted nightclubs Produced over 100 tracks Recorded over 100 full mixes