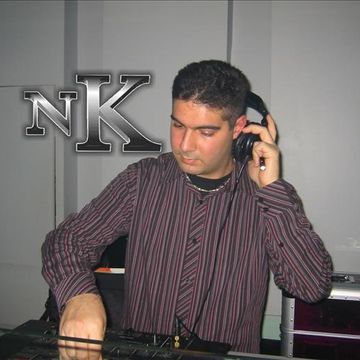 Since 1991, NK promoted underground all-ages events in Toronto, Canada. DJ legend for the past 30 years, NK has been tearing up dance floors with his explosive sets of energetic, well programmed house music. NK appeared regularly on Toronto's underground radio stations and received Dr Trance's 1998 the "Artist of the Year" award for his prolific work in producing house music. As well, NK was nominated for Toronto's DJ of the Year at the 1997 Toronto DJ Awards. In addition, NK has played for almost every underground club and rave in southern Ontario and Upstate New York. NK produced house music with his partner Hatiras. They released "Everybody Reach" on FU Records; being their first musical attempt, charted in the Top Ten Underground Songs for 1996 in Toronto.