THE SOUNDS OF WBMX 1
by  DJTITOLATINO
6 years ago
2 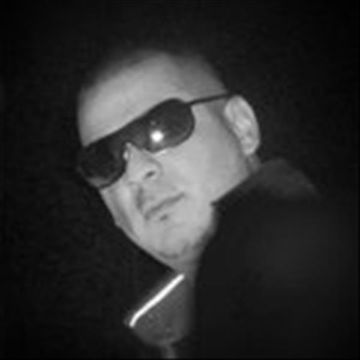 At just 12 years of age, DJ TITO “LATINO” began exploring his raw skills in DJ’ing. DJ Tito Latino, born Richard Jimenez, was born and raised in Chicago’s Logan Square area, in the very city where House music was born. His interest, love, and talent in the music arena grew while listening to the one and only 102.7 FM W.B.M.X. where he was first exposed to legendary house DJ’s like Jesse Saunders, DJ Ralphi “The Raz” Rosario, Kenny “Jammin” Jason, Farley “Jackmaster” Funk, and Mickey “Mixin” Oliver on Friday and Saturday nights. For DJ Tito Latino, it was the beginning of a new chapter of his life as he coined the name DJ Tito “Jumpin Jimenez” and although young and fresh he quickly became a well-known DJ in the Chicagoland area! He began DJ’ing Guest spots in the teen club scene then worked his way up to the Chicago night club scene playing mostly a variety of styles of house music. With the influx of popularity in the Latin industry he gradually changed his genre to Latin filling clubs with his unique mixes that incorporated salsa, merengue, bachata, reggaeton, EDM, future house, Latin House, and progressive house. Tito’s love of house music never faded and after several years in the house music scene he made a big change in his career by changing his DJ name from DJ TITO "JUMPIN'’ JIMENEZ TO DJ TITO ”LATINO’' Although he changed his name, the talent, expertise, and raw skill he brought never changed and only grew in popularity. Now an extremely well known DJ in the industry, with 33 years of experience, he continues to share his music to all his fans nationally. Aside from an extensive and multifaceted experience in DJ’ing he is currently the owner/CEO of Fuze Entertainment, a mobile DJ company out of Aurora, IL. DJ Tito Latino continues to make impactful contributions in the music industry continuing DJ’ing in guest spots in the night club industry and holding residencies in and around the greater Chicagoland area. Tito also holds Residencies on Dance Club Music Radio / DCMRLIVE.COM / TUNEIN.COM Where he Hosts his own Radio Show 'House Nation' every Thursday night at 6 pm central time.....For Booking Info... 773.297.9735 or 630.999.6264