The Classic RnB Soul Grind Pt.2
by  DjSssnake
18 days ago
1

The Classic RnB Soul Grind Pt.1
by  DjSssnake
18 days ago
1

Rock On Pt.2
by  DjSssnake
one month ago
1

Rock On Pt.1
by  DjSssnake
one month ago
4

Club Classics 6,Pt.2
by  DjSssnake
one month ago
3

Club Classics 6,Pt.1
by  DjSssnake
one month ago
3

Easy Listening.
by  DjSssnake
3 months ago
4

Bonus Party Mix
by  DjSssnake
one year ago
3

Club Classics Volume 7
by  DjSssnake
one year ago
11

I Just Couldn't Stop Mixing Pt.1
by  DjSssnake
one year ago
3 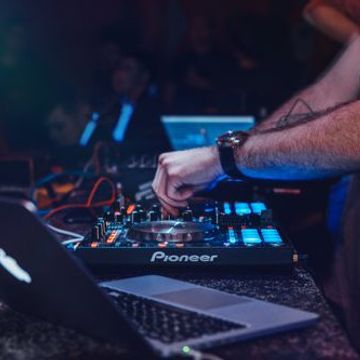 Been a Disc Jockey for some 30+ years in New York/Long Island and Florida working some of the best clubs during their times. If you are familiar with Long Island, back in the late 70's and early 80's I worked every OBI which their were 3 of them. The one in Hamptons was outrageous during the summers as it was the place to be. Spinning in front of 1500 to 2000 people every Friday & Saturday night and then Sunday afternoon was an absolute blast. Then competing with the likes of Speaks and Channel 80 was lots of fun. I was in a New York City record pool. Driving around on Fridays going from one record company to another was an experience. I got everything and then some. By time the mid to late 80's came around my favorite genre, Latin Freestyle.It was smoking and had a 4 year run at this club in Bayshore called Club Paradise. One thing about latino's they know how to party!!!. Perfect club in the perfect area. I had every track act in this place which only had a 600 capacity. To date it was by far the best club I ever worked. Hanging out with Stevie B, The Cover Girls, TKA and my favorite artist during that time, Cynthia. It's a shame latin freestyle only had a small run but for those years I would put that sound up against anything. The music was real. The crowds partied real hard and to this day freestyle is still strong. Every now and then I pull out the autographed pictures from all the artists that I broke in this club and I smile. I hung up the headphones a few years back and only break them out to do a classic disco or freestyle night.I have a huge collection of classic disco and freestyle remixes. I also appreciate real good house music with piano grooves and riffs.