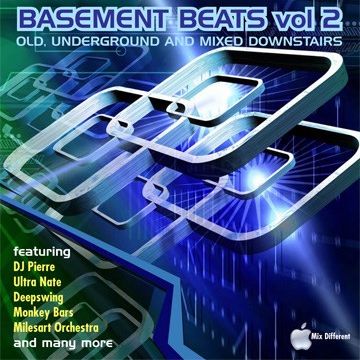 House Dj Pierre Ultra Nate Deep Swing Monkey Bars
The first and third (!) volumes of Basement Beats I mixed w-a-a-y back in 2003/2004. Both were remixes of cassette compilations I'd done in the 1990s. For some reason I never did get around to recompiling the second volume in that set. So I figured I'd better catch up with the backlog (though, these are mainly tracks from the early 2000s, rather than from the 1990s). And there's some great tunes here which I wanted to hear again - a nice remix of Donna Allen's "He Is the Joy", plus tunes from Ultra Nate, Monkey Bars, Deep Swing and DJ Pierre. And I have enough left over for another volume.