HOUSE1
by  SHMILYSTAM
8 months ago
0

AMARTHA
by  SHMILYSTAM
9 months ago
0

PSYTRANCE1
by  SHMILYSTAM
9 months ago
0

MINIMAL10
by  SHMILYSTAM
one year ago
0

Minimal9
by  SHMILYSTAM
one year ago
0

Minimal6
by  SHMILYSTAM
one year ago
0

Para ti luna my love
by  SHMILYSTAM
one year ago
0

LOVELY SUGAR....
by  SHMILYSTAM
one year ago
0

MISH
by  SHMILYSTAM
2 years ago
0

MARIANA'S TRENCH
by  SHMILYSTAM
2 years ago
0

PSYTRANCE 1
by  SHMILYSTAM
2 years ago
1

mix to change 2
by  SHMILYSTAM
5 years ago
0

subway time
by  SHMILYSTAM
6 years ago
0

house in the house
by  SHMILYSTAM
6 years ago
0

a bit of everything plus more....
by  SHMILYSTAM
8 years ago
1 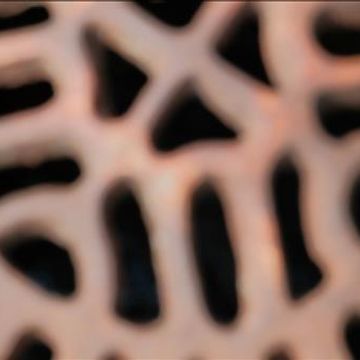 Music should be free...... live life like is the last day of your life...... How Music Affects Us Music is a force to be reckoned with. Certain songs bring us to tears while others get us exhilarated and inspired for a once dreaded workout. People create playlists for when they’re downhearted, happy, and almost every emotion in-between. Music affects more than your psyche, too. Science shows us that it affects internal functions like blood pressure and heart rate, can reduce anxiety, and even help with digestion and pain relief (1). What most people don’t know is how it does this. I mean, what is music made of? All sound is made by vibrations. Sound is what is heard when sound waves (vibrations) pass through the ear. Sound is measured in frequency. And Hertz (Hz) is the measurement we use. The way we feel, and the way the brain responds when we listen, depends on the combination of sound frequencies in the composition. This is known as the frequency response. This simple theory will help you understand why 432 Hz is said to make for a better listening experience. The Schumann Resonance – The Earth's Heartbeat To understand the popularity behind 432 Hz, we need to first learn about the Schumann Resonance. This will ultimately explain the number’s importance. A German physicist, Winfried Otto Schumann, documented the Schumann Resonance in 1952. He understood that global electromagnetic resonances exist within the cavity between the Earth’s surface and the inner edge of the ionosphere. He determined that the frequency of these electromagnetic waves is very low, ranging from 7.83 Hz to 8 Hz. The Earth used to resonate at a steady average of 7.83 Hz, but in recent years we've seen a shift more towards an average of 8 Hz. This frequency range is referred to as the Earth’s heartbeat, or vibration. The Link Between 432 Hz and 8 Hz So what's 432 Hz got to do with the Schumann Resonance of 7.83 – 8 Hz? Well, musically speaking, the two resonate with each other. Here's a fairly simplified explanation of how this came about, without too much math. In 1713, a French physicist named Joseph Sauveur came upon a new concept: Rather than tuning music at 440 Hz or other variations, he noted that by placing middle C at 256 Hz, you could create a system where each octave (or factor) of C lands on an even integer (whole number), instead of containing awkward decimals. It is those awkward decimals he alluded to that make conventional music tuning (440 Hz) not sound as nice as music played at 432 Hz. So, when we tune an instrument to 432 Hz, we get a C note at 256 Hz, which, due to the sympathetic resonance of the note overtones, will produce another C at exactly 8 Hz. This frequency of 8 Hz – which is at the top end of the Theta brainwave state – is the brainwave state that makes us feel relaxed but conscious and open to intuitive learning. So 432 Hz and 8 Hz are intrinsically linked in this way.