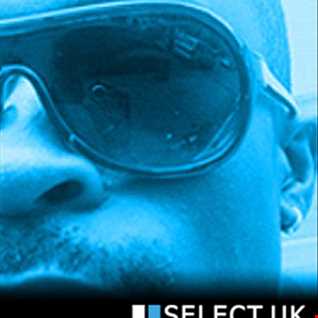 nevs is Following - 0 See all

nevs isn't following anyone at the moment.

Nevs Valentine aka ‘Unkle Nevs’ originates from south London, his affinity for music stems from the influence of his father, who was an established sound system DJ. Already a lover of vinyl, Nevs got his first first set of turntables aged just 11, mastered the art of mixing in no time at all and was hooked after securing and DJing his first gig at the Hanover Grand, at 17. Nevs went on to promote and play on a number of radio stations including; The mighty Select UK (House, Garage, RnB), Shadow FM 107.3fm (Jungle, Drum & Bass), Phantom FM 103.7fm (Bashment, House, Garage, Hip Hop, Drum & Bass), Fusion FM (Chart, House, Funk). www.fusionfm.co.uk Since then Nevs has played at many prestigious venues around the London and internationally, including Otto Zuttz and City Hall in Barcelona, guest DJ at Rotterdam Carnival 2003/04 and much loved celebrity haunts including; Groucho Club, Adam Street Club, Opium, Zoo Bar, Cirque, 10 Room, The Glass House, Cafe De Paris and Titanic Bar in Central London, playing alongside Norris ‘Da Boss’ Windross, Bassment Jaxx as well as appearances at Jamm Brixton, Loop Croydon, Poo Na Na Hamersmith, Carnival Del Pueblo Burgess Park and at clubs in Buckinghamshire, Oxford, Coventry and Manchester. Nevs passion for music extends to the technical side after working as a sound engineer for Sound Force UK Ltd, Nevs built up an enviable contact list after securing contracts with London bar/club/restaurant managers, promoters and TV and music industry figures, most noteably; ITV1 for Ant & Dec’s Saturday Night Takaway, Live Aid and Daman Albarn for Flight 5065 @ The London Eye and Kate Moss and team who hired Sound Force and Nevs to install and engineer DJ and sound equipment for one of her many birthday bashes in the Cotswolds! Nevs has over 20 years of DJ experience and unrivalled passion for music, his back catalogue covers every genre from reggae to liquid dnb, funky house to soul classics…Currently you can hear Nevs every Monday night from 8pm – 10pm on Select UK Radio, every other Friday at Gautama Bar in Crystal Palace, monthly at Blacksheep Bar and a host of other Venues across London, playing the finest in soulful house grooves.