The classic soul collection 3
by  richierich1
7 years ago
2

Drum & Bass of the Anunnaki
by  richierich1
8 years ago
0

#Drum & Bass of the Anunnaki

#Got You in My Soul House

Inside Liquid D&B
by  richierich1
8 years ago
1

Got To Go Deep House
by  richierich1
8 years ago
0

one nation under house
by  richierich1
9 years ago
0 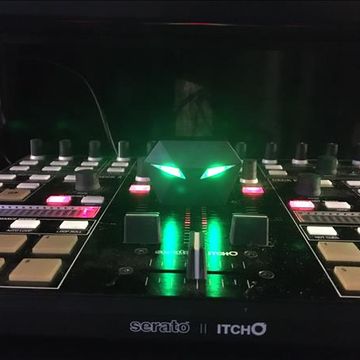 DJ RICHIE RICH 1 I have been a DJ for years now thanks to my mum and dad as they were DJ,s Mike K and Linda K and Sandy B of Barbarella Disco when they were younger. I used to go with them to the pubs and clubs of Southampton from the pub the Queens where I used to DJ, so i have grown up with music and being a DJ in my life. I have been on a pirate station called peoples choice radio station 25 years ago that's where I picked up my DJ name from but had to change it a bit because of main bad boy DJ Richie Rich. Iv been on a few other internet stations over the past 3 years in Southampton which was set up again peoples choice radio station and then dirty soundz FM all internet based. I love all kinds of music, but like to mix House, Drum & Bass, R&B, Soul, Hip Hop, Disco, I have also started to make my own music and remixes of other artists music to. http://samurai.fm/dirtysoundzfmhttp://samurai.fm/pcrs-radio-southamptonhttps://www.facebook.com/pages/DJ-Richie-Rich-1/111642618846318djrichierichone@gmail.com