House Is A Feeling 1
by  LoveFever
one month ago
0

LoveFever Turn It Up Loud
by  LoveFever
one year ago
2 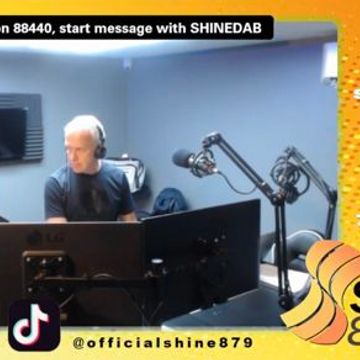 Currently on Shine879 DAB to Essex Saturday nights from 10pm(UK)also to London and Anglia on Freeview channel 277 on the UK Radio Portal . ALEXA play Shine879 Radio or all the www.shinedab,com and the powerful app which can be downloaded from the APPLE App Store At a very young age Andy got hooked on the music and was travelling for hours searching out his favourite tracks that he had heard on Greg Edwards Robbie Vincent and Jeff Young radio shows.
Just before the big music explosion of 1989 he started organising one offs at the Penthouse Suite in Ilford and also at Chains. This continued and whilst doing these events, got asked to present on the Essex based “Pirate” radio, Stomp FM and this is when the radio bug took hold. While putting a team together to push for a legally licensed radio station, Andy continued DJing at one offs including Oceans based in the Barbican where he had the privilege of being on the same bill as the likes of CJ Mackintosh, Graham Gold and Judge Jules, also during that time held a residency at Club Warehouse. It was at this stage that LoveFever came about.
After a lot of lobbying with the authorities and setting up small scale radio broadcasts and presenting at events like the Live-wire Weekender and Southport.