Dj MaKiNa @ On My Commands
by  djMakina
one year ago
0

Dj Makina @ Hypocrite Christmas
by  djMakina
one year ago
0

Dj Makina @ Unstoppable Locomotive
by  djMakina
one year ago
0 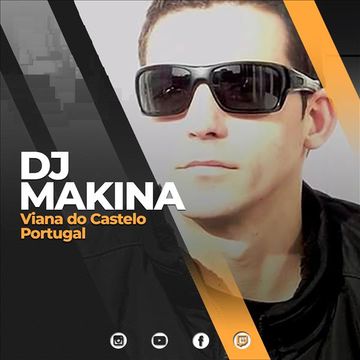 Born in Portugal, Ponte da Barca - Viana do Castelo, at 28 January 1982. On his youth, he found in music his way of expression. At the age of 13, he had his first trash metal band experience as a guitar player. Self-taught by nature, he tried many musical instruments and had got training in classical music at the age of 17, giving him an understanding of music theory in general. His taste for diverse music genres has opened many creative doors. In the year 2000, under the alias of Makininha, he found joy and maximum artistic expression in Techno Music. Had spent many hours in the studio improving his mixing skills with his vinyls full of Frankfurt and Detroit sounds. His sessions are characterized by dark techno beats, progressive and scathing, with strong kicks and contagious bass lines. Fan of scratch and fast mixes, he uses 3 mixer channels to create evolving sessions, grabbing the dancefloor with intensity we taking the ravers into a mystical journey. With the new technologies, now he explores the perfection of mixing and song manipulation using loops, effects and filters. Lover of mental, evolving, dark, strong and industrial techno, his major influences are: Jeff Mills, Oscar Mulero, The Advent, Surgeon, Glenn Wilson, Regis, Takaaki Itoh, Chris Liebing and Speedy J. Other producers that he actively follows are the Pole Group guys (Reeko, Exium and Christian Wunsch), Planetary Assault Systems, Industrializer, Xhin, Lucy and Go Hiyama. Since the year of 2000, he has played in many clubs in the North of Portugal and Galiza (Spain). In the year of 2005, he was the TechnoFactory resident Dj, hosted in Penha Club - Guimarães (Portugal). He shared the booth with the best Portugueses Dj’s: A.Paul, Jiggy, Morrice, Wla Garcia… and some International Dj’s like: Jesus del Campo, Oliver Ho, Fernanda Martins, Obi, Michael Angelo, Lexis and Joc.